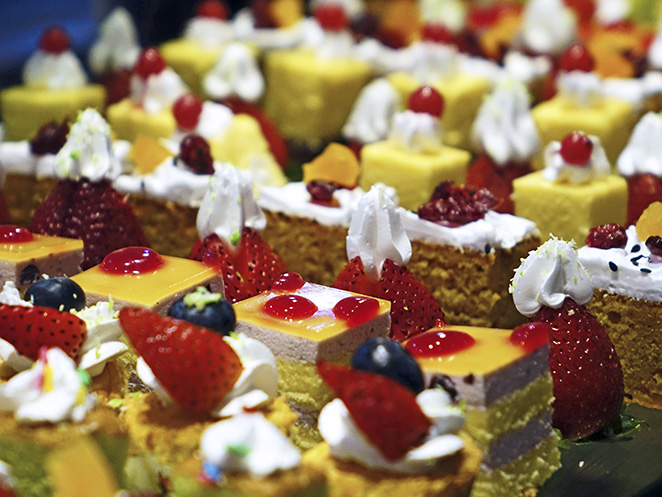 We originally published this article in 1995 when we were the Wellness Directory of Minnesota and it went viral. It is still posted here: http://www.rense.com/general54/SYUGAR.HTM.

Every doctor learned back in medical school all about Otto Warburg’s discovery; a discovery of humongous proportions, because way back in the thirties Otto discovered the main biochemical cause of cancer, or what differentiates a cancer cell from a normal, healthy cell. So big a discovery was this, that Otto Warburg was awarded the Nobel Prize.

Cancer has only one prime cause. It is the replacement of normal oxygen respiration of the body’s cells by an anaerobic [i.e., oxygen-deficient] cell respiration.

Correction: Warburg had made this discovery prior to the thirties. In fact he’d received 46 nominations for the Nobel Prize in the nine years preceding his actually winning it, starting in 1923. [Ref]

But what else does Warburg’s discovery tell us. First off, it tells us that cancer metabolizes much differently than normal cells. Normal cells need oxygen. Cancer cells despise oxygen. In fact, oxygen therapy is a favorite among many of the alternative clinics we’ve researched.

Another thing this tells us is that cancer metabolizes through a process of fermentation.

If you’ve ever made wine, you’ll know that fermentation requires sugar.

Okay, so here is what we can put together knowing the above: The body is constantly overworked trying to feed this cancer. The cancer is constantly on the verge starvation and thus constantly asking the body to feed it. When the food supply is cut off, the cancer begins to starve unless it can make the body produce sugar to feed itself.

The wasting syndrome, cachexia, is the body producing sugar from proteins (you heard it right, not from carbohydrates or fats, but from proteins) in a process called glycogenesis. This sugar feeds the cancer. The body finally dies of starvation, trying to feed the cancer.

Why doesn’t your physician tell you this? Hard to tell. Maybe your doctor feels it is his job to cure your cancer, not yours. Maybe because your doctor learned about Warburg, but never put 2 + 2 together; never put nutrition into the equation. Maybe because your physician didn’t study nutrition. Heck, as late as 1978, the AMA’s official position (found in the Congressional Record) was that nutrition had nothing to do with disease.

However, those who’ve paid attention to this sugar craving cancer stuff have come up with some remarkable therapies for cancer. Amygdalin is just one: the glucose in Amygdalinis dragged into the cancer cell because of its need for sugar.  Hydrazine Sulfate, (I.Link)which stops the process of glycogenesis in greater than 50% of all patients with cachexia is another.

Be aware that refined carbohydrates are turned rapidly into sugar (mainly glucose) in the stomach to produce what body builders and others refer to as a “sugar rush.” This prompts the emergency production of insulin to do everything possible to keep blood sugar levels under control including converting excess sugar to fat; all in order to prevent blood sugar from reaching dangerously high levels. The mechanism behind the sugar rush is simple; after refining, the carbohydrate molecules are much more accessible and of greater surface area than when they are attached to their associated fibre (which is removed during the milling process). The milling process breaks the carbohydrate down into much smaller particles than happens during normal mastication, and thus the increased surface area greatly speeds up their conversion to sugar. By this process, white flour, white sugar and even fruit juices feed cancer. A little known additional consequence of this sugar rush is that it reverses the normal nutrient/blood flow to the teeth which normally occurs from the inside out. However, the hydraulic pressure inside the teeth reduces to zero, allowing harmful bacteria to attach to the exterior of the teeth and begin their metabolic chemistry which dissolves the enamel and underlying tissues.

A while back (2004), at the University of Minnesota, they were experimenting with a chemotherapy delivered in a “smartbomb.” Here’s the scoop: the drug is wrapped in a coating that stays intact as it travels through the body, that is until it reaches a location of no oxygen. When it reaches this “no oxygen” location, the coating falls apart releasing the chemotherapy to destroy the cancer, because the only place in your body where there is no oxygen is the cancer site.

Amygdalin, as noted above, is a natural smartbomb; though not approved by the FDA.

The results of the 2004 UofMN study must have been have been buried. Nothing exists on it. There are, however, lots of recent articles on cancer smart bombs:

Then there are the food therapies: aimed at starving cancer. Knowing what cancer loves, the cancer patient avoids them. Cancers like cooked foods over raw (cooking destroys enzymes and heat sensitive vitamins), so check out our article on the cancer diet. And, do not forget, cancer loves sugar. If you dislike your cancer, then don’t feed it.

Since republishing this page here, at Wellness Journeys, we’ve received two emails telling us that we are quacks and that everything eventually turns to sugar, so what’s your point?

Now we have to talk about synchronicity.

Coincidentally, as of April this year (2018), new research has been published that confirms the sugar/cancer connection and I will gladly tell you about it.

At Science Daily we found this:

A team of researchers at has identified a long sought after connection between how cancer cells use the sugar (glucose) to generate energy — the Warburg pathway — and cancer growth.

So let us take a step back for a second. I’m sure you’ve all heard this:

All food we take in eventually turns to sugar because sugar is the fuel that feeds our bodies.

ATP (Adenosine triphosphate) is what fuels the mitochondria (think factories) of our cells.

Sugars, simple sugars, from fruits and starches, or raw, simple sugars such as honey and molasses, are the “most efficient” in creating ATP. This is a simple fact.

However, fats produce 10 times more ATP than sugars. And fats do not feed your cancer.

Cancer cells, on the other hand, metabolize without oxygen by fermenting sugar. This is the “Warburg Effect.”

Professor Bert O’Malley, the head of the molecular and cellular biology department at Baylor College of Medicine and Roswell Park Comprehensive Cancer Center has been investigating this phenomenon and has made what can only be described as a genius breakthrough. In fact, they could be on a path to eliminating cancer. (If medicine doesn’t stand in their way.)

Okay, so you have sugar (or glucose), and there are two paths to feeding cells in the body: ATP with oxygen or fermentation without oxygen.

This has been a mystery for quite some time. Why would cancer cells, which need large amounts of energy to sustain their growth, prefer to use a pathway that produces less ATP than another available pathway? What would be the advantage for cancer cells to use the Warburg pathway? Our study sheds new light on this mystery.

Now pay attention here; I don’t want to lose you.

Steroid Receptor Coactivator-3 (SRC-3) is a protein required for proper growth in living creatures. It seems to be “over-expressed in cancer.” In other words, it’s helping cancer grow really fast. It allows cells to “turn on” genes that generate abnormal growth . . . and metastases. Obviously we’re talking cancer here because nothing about the growth of cancer could be called “normal.”

It was O’Malley’s lab that first identified SRC-3 years ago, and they also discovered that not only does it turn on abnormal growth, it makes cancer resistant to chemotherapy.

Their next discovery was that the cancer cells turn around and modify SRC-3 (isn’t this interesting? first the SRC-3 initiates abnormal growth and then the abnormal growth modifies the SRC-3 to become even more destructive?) by adding a phosphate chemical group to it. And if you thought SRC-3 was bad before, now it’s got a hyperactivity disorder and things are really going to get out of hand.

It was the PFKFB4 enzyme that was driving SRC-3 insane, transforming it “into a potent driver of breast cancer and other cancers as well,” O’Malley says.

The next step in their research was to remove PFKFB4, or the crazed SRC-3, or both from tumors and lo and behold, in mouse studies, stopping these two miscreants from feeding tumors stopped metastases and kept them from proliferating (spreading).

If you hold an ounce of skepticism in you, you will immediately jump up into the conversation with this statement, “But the study was only on mice!”

Yes it was and normally we, as ethical journalists would have actually made this point spectacularly clear except that, and this is raw fact: the Warburg pathway is found in all cancers.

So, there you have it. Call us quacks, but a laboratory in Houston, Texas just found that targeting the PFKFB4—SRC-3p axis can be therapeutically valuable in breast cancer tumors that are notably dependent on glucose metabolism.

Call us Quacks, but cancer loves sugar, and since we cannot cut off the cancers from the sugars entirely, we can slow and, at times, stop the proliferation of cancer cells by dealing with this protein/enzyme combination.

As of August 23, 2019, the results of this study still do not appear at the websites of two organizations funding the research: The American Cancer Society and Susan G Komen.

Our Sources for the Baylor Study:

How I Cured My Skin Cancer

BACO, Cancer, and the MP Virus